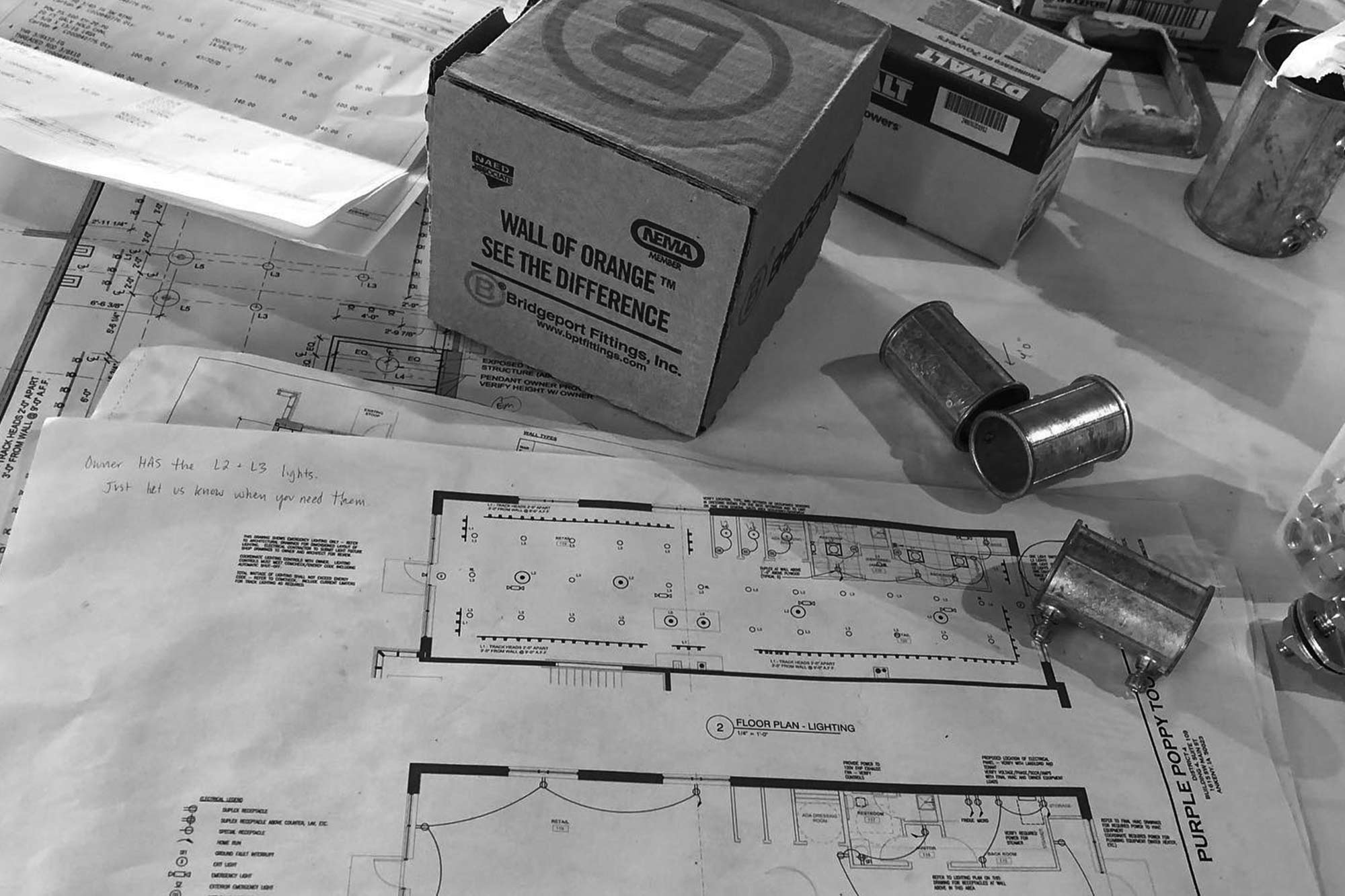 Purple Poppy Boutique – Ankeny opened in May 2020 by owner, Lea Fagervik, a long time Ankeny resident. After many  years of working in Healthcare Operations, Lea made the  decision to follow her lifelong dream of opening a boutique after reconnecting with college friend, Paula Bierle.

Lea is excited to bring her experience and passion for helping others to life at Purple Poppy Boutique – Ankeny.

Purple Poppy Boutique – Ankeny opened in May 2020 by owner, Lea Fagervik, a long time Ankeny resident. After many  years of working in Healthcare Operations, Lea made the  decision to follow her lifelong dream of opening a boutique after reconnecting with college friend, Paula Bierle.

Lea is excited to bring her experience and passion for helping others to life at Purple Poppy Boutique – Ankeny.

As Seen on TV

You just might see these two Fashionista’s on “Hello Iowa” with Megan Ruether! 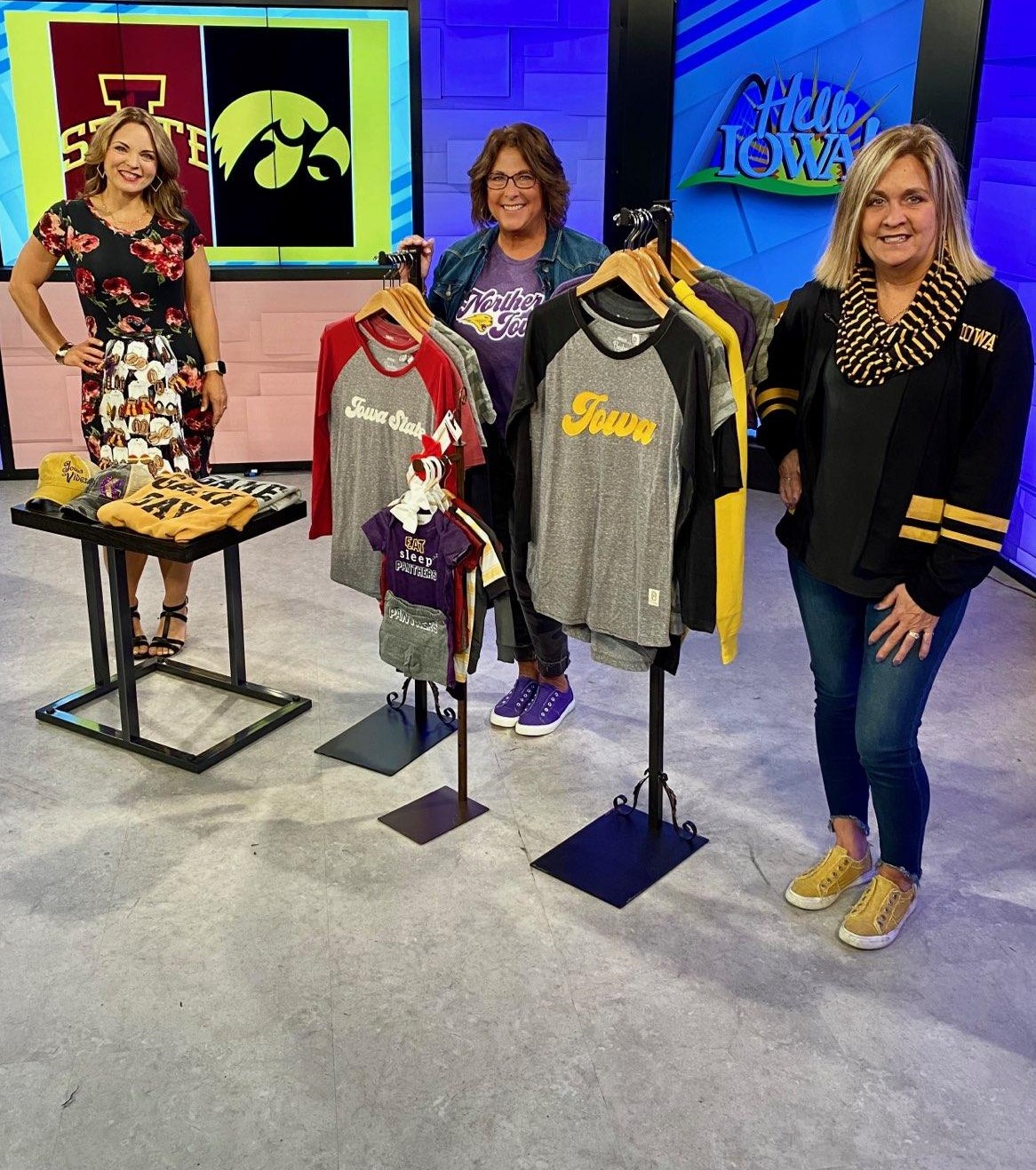 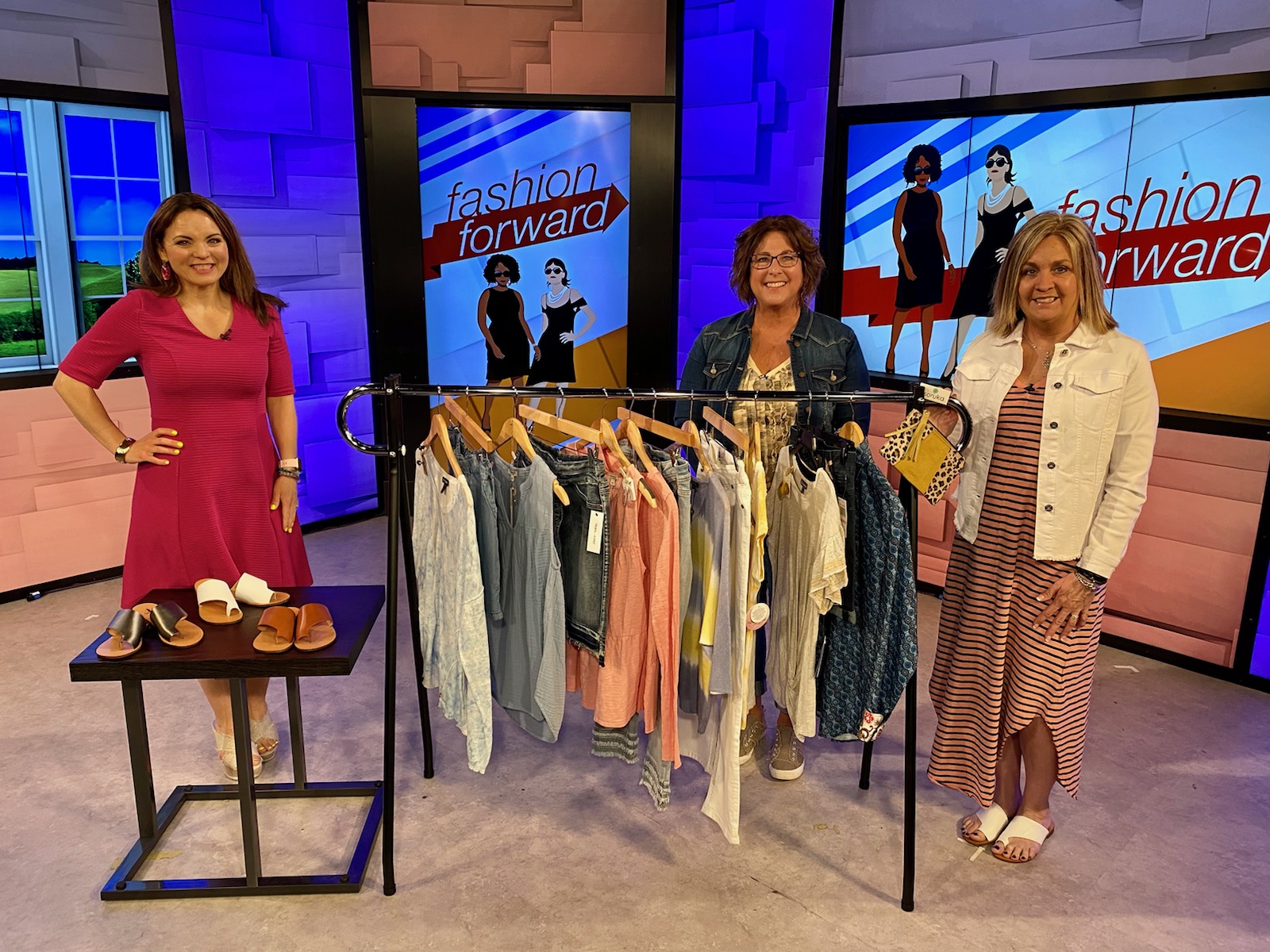 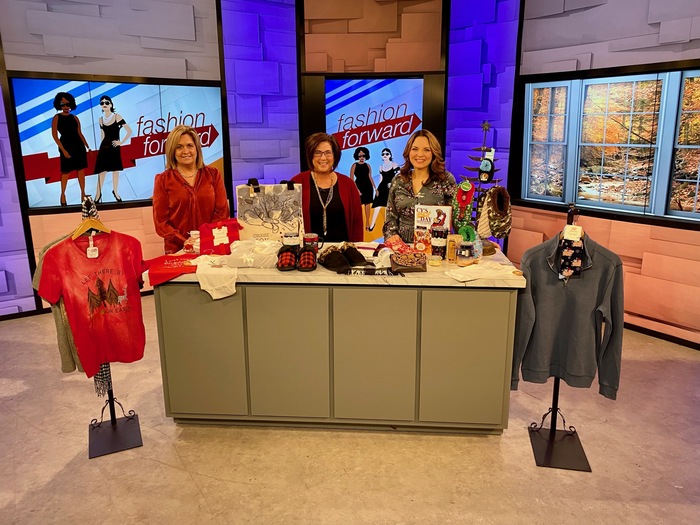 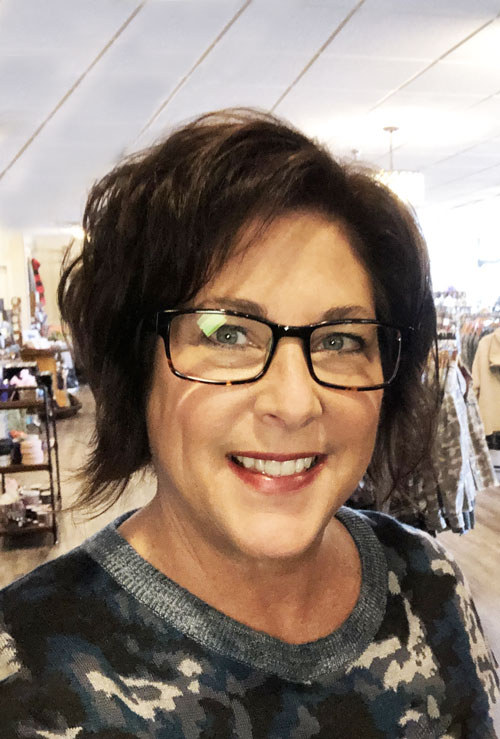 Lea Fagervik is a long time resident of Ankeny, IA.  Recently retired from healthcare operations, Lea has joined the team at Purple Poppy Boutique to continue her lifelong passion of helping others.  She has a fashion merchandising degree from the University of Northern Iowa and worked many years in retail. 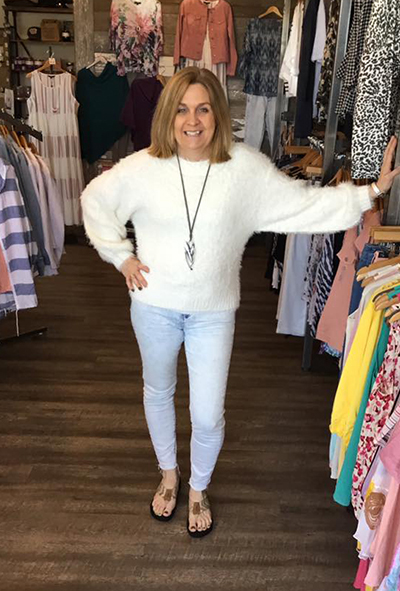 Paula is a long time resident of Johnston with her husband, Todd. Their two adult children graduated from Johnston High School and reside in the surrounding suburbs.  Paula grew up in the Des Moines area and graduated from Hoover High School.  She attended the University of Northern Iowa where she earned her BA in Fashion Merchandising and Business.  After many years in the Corporate setting, Paula, decided to follow her dream of opening her own Boutique in the community that she loves!   Paula enjoys shopping, long walks, spending time with family and  friends as well as helping the women of Johnston look and feel their best. 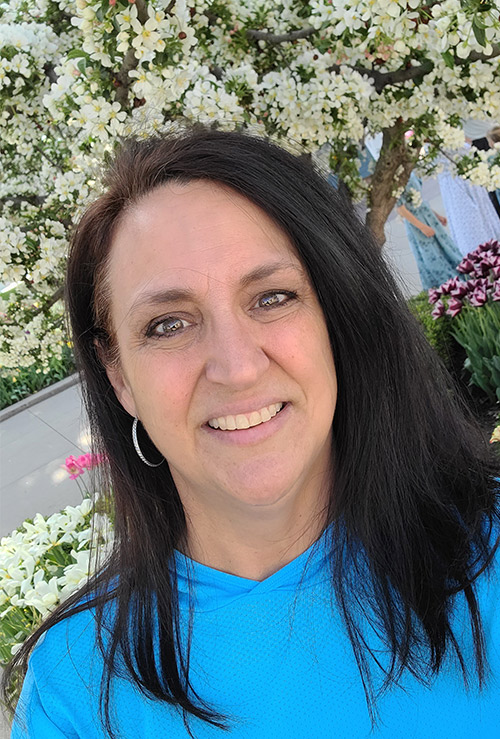 Sheila grew up in Indianola and quickly wanted to spread her wings after college. She lived in Dallas, Texas for 10 years and then moved to Minnesota where she lived for 20 years. Now Sheila has found her way back to Iowa to be closer to her parents and sister, who live in Newton. Sheila works part-time in Newton at a Pregnancy Center. She became a stay at home mom when her twins were born prematurely in 1998. Before they were born, she had started her parenting “career” to an amazing 7-year-old step-daughter who broke her in really quick to the ins and outs of parenting and she was hooked. She’s also added Gigi to her title with 4 ornery little boys (well one is a sweet little newborn). And Sheila rounds things up with one final daughter. So, if you were keeping count, 4 kids, 4 grandsons. They’re also huge animal lovers at their house. Their current zoo includes 4 cats, 2 Schnauzers, and 1 black Lab. Sheila is so excited to be a part of the Purple Poppy Boutique and looks forward adding this to her resume of life’s adventures! 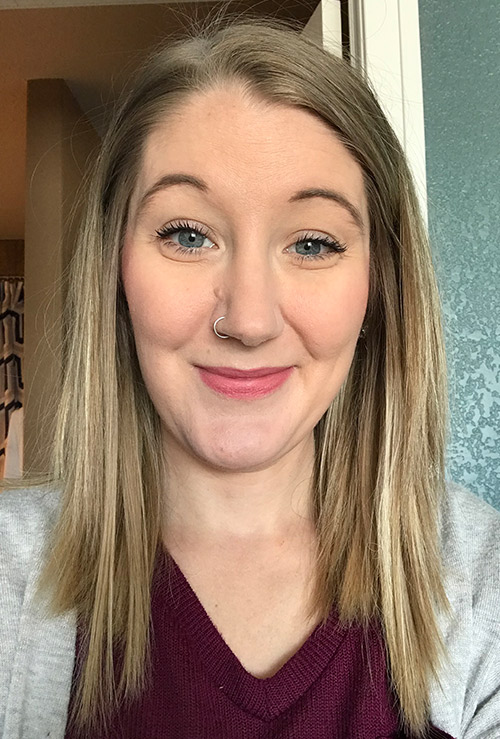 In addition to working part time at the Purple Poppy, she is a stay at home mom to two little boys. Jen is also a part time student at DMACC starting her elementary education degree and training to run her first half marathon in October. When she’s not chasing little boys or her dog, Jimmy, she likes to run, read and SHOP! Working at the Purple Poppy is a great opportunity for her to help others find the perfect outfit or gift while fulfilling her love for shopping! 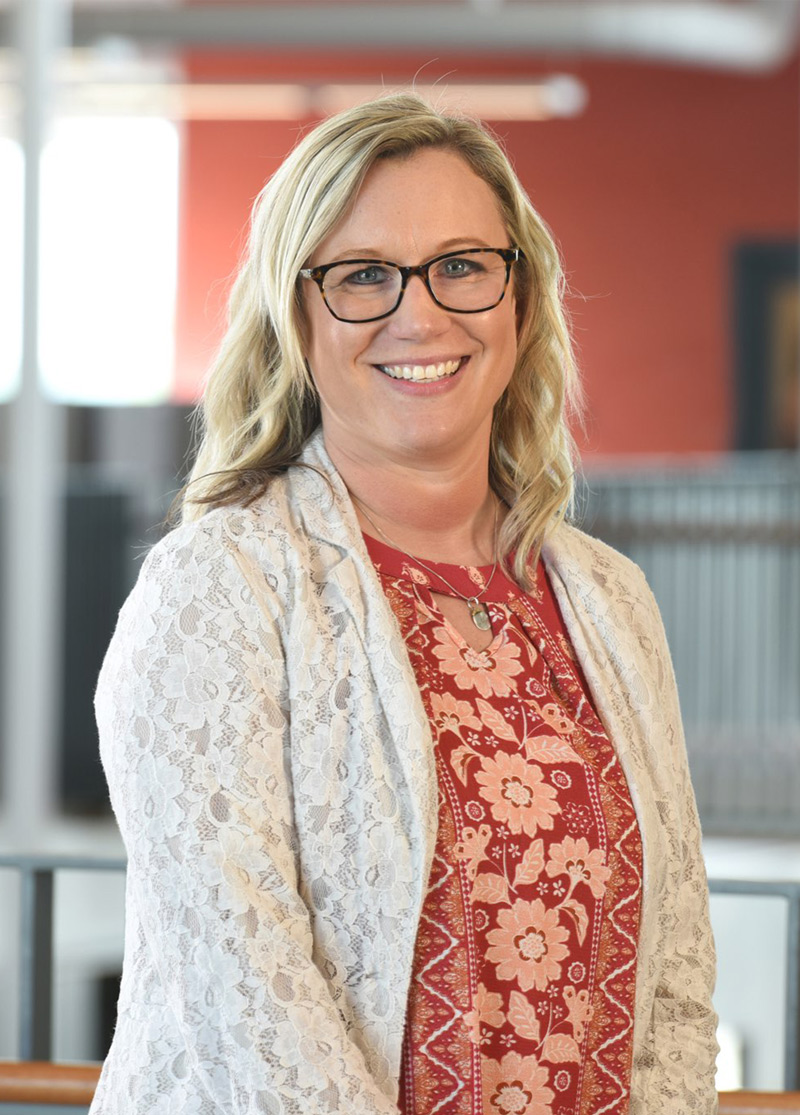 Britt grew up in Johnston and now resides there with her family of 7, plus two naughty little kittens. In addition to working at Purple Poppy, Britt works full time in risk management and is a “not so typical” competition dance mom. Britt’s favorite activity is spending time with friends and family on their boat in the summer and meeting new people at Purple Poppy! 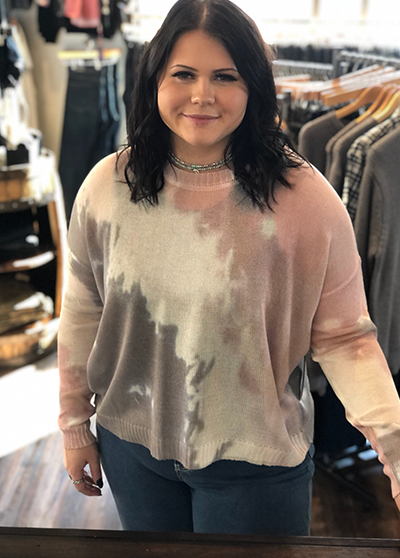 Hailey is a senior at Iowa State University studying fashion design. Along with her studies and working at Purple Poppy Hailey has a puppy named Dozer who takes up most of her free time. Hailey has loved clothing since she was a kid, and has been designing for years. She is excited to be able to help people find pieces that they feel great in at the Purple Poppy Boutique! 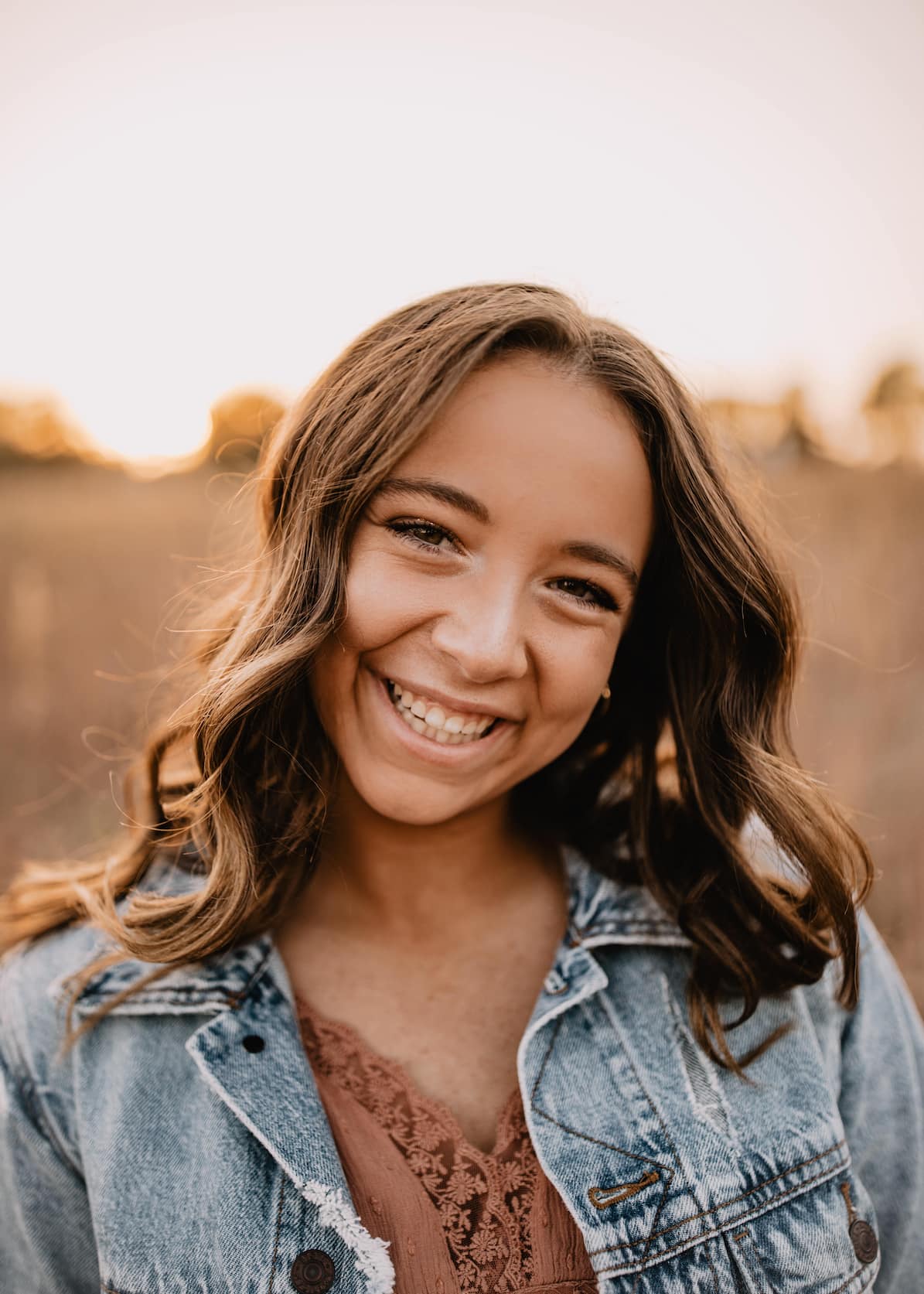 Hi my name is Kayla. I am currently a freshman at DMACC studying to complete my Liberal Arts of Associates Degree! After completing this program I hope to transfer to the University of Iowa to pursue pediatric nursing. Along with my studies and working I love to spend time with family and friends. I love being outside, whether it’s going for walks, bike rides or enjoying neighbor’s company! I am a huge “people” person. I LOVE helping people find their ways in life, what they are meant to be doing or if they just need someone to talk to, I’m your girl! I am excited to help find what clothes make people be the best “me” they can be at Purple Poppy!! 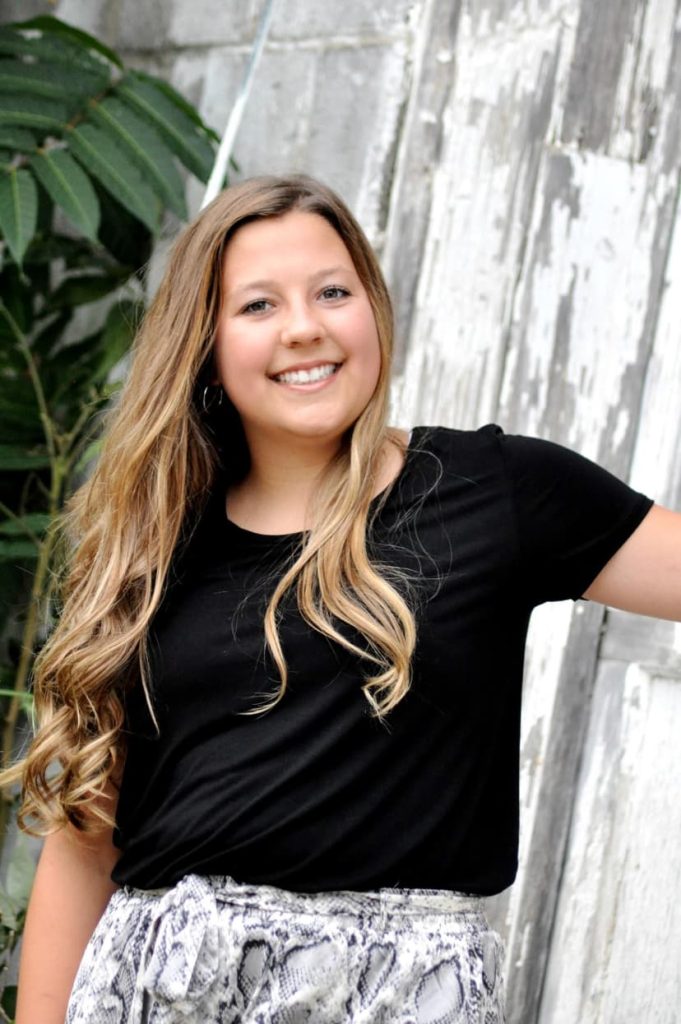 Hi my name is Brynn. I am currently a freshman at DMACC studying towards my associates degree in Agribusiness. After I have completed my degree in Agribusiness I plan to transfer to a 4 year college and get my bachelors degree in Agribusiness and double major in Accounting. During my free time I love spending time with friends and family while also helping out around the family farm. I am very passionate about showing sheep and cattle and have been very successful since I started when I was a little kid. I am excited to join the team at Purple Poppy and help customers find clothes that make them feel confident.